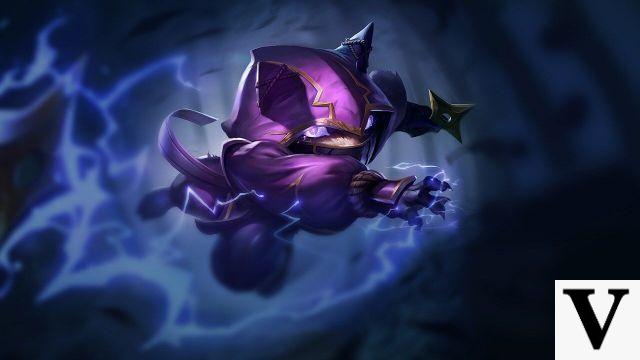 The Yordle Kennen, the oldest member of the also ancient

Kinkou Order, is the first and only Heart of the Tempest. For centuries, he has used diplomacy and force to maintain the sacred balance in his adopted home in Ionia. Quick as lightning and with the wisdom gained from his long adventurous life, Kennen works together with the Eye of Twilight, Shen, to protect the fragile harmony of the First Lands with a swirling storm of

shuriken and a devastating

An unruly kingdom in constant transformation, the

Bandle City was not an ideal place for a yordle like Kennen. In search of harmony and balance, he chose to venture to the outskirts of the spirit realm several millennia ago. He explored the material realm with unbridled curiosity and traveled great distances in a heartbeat. But he was particularly attracted to

In the First Lands, he witnessed ancient wars that no one else remembers, as well as a kingdom struggling to rebuild after the hecatomb. Kennen was fascinated by people who sought balance for themselves and for their home. As time passed, Kennen's visits to the City of Bandle became increasingly spaced, until he decided to stay in Ionia, where the yordles were respected as creatures of the spirit realm. Although he did not age like the rest of the beings of the material realm, Kennen loved mortals and studied them for generations. He admired how, despite their fragile lives, they could be such diligent protectors of the sacred balance.


Even so, the threats that threatened the tranquility of Ionia were present. Malevolent entities from the spirit realm were traversing his territory with ruthless intentions. Kennen fought these riots on his own for years; He enjoyed the fun implicit in each of these challenges, but in the end, he was aware that his actions were minimal to face the reason for these incursions: the imbalance. He discovered a fledgling order whose members were actively seeking balance between the kingdoms and who, upon careful observation, would decide what had to be done to restore it.

They called themselves the Kinkou.

Kennen was intrigued by the order, led by the distant figure of the Eye of Twilight and a vengeful Fist of Shadow. He realized that the leadership of the Kinkou required yet another facet. Someone who could provide the consensus and prevent the warlike Fist from displaying its power over the introspective Eye and, in the same way, prevent the relentless scrutiny of the Eye from paralyzing the Fist.

Being a creature of both the material and spiritual realms, Kennen set himself up as the right one to serve as referee. The order accepted Kennen's wisdom and became the first Tempest Heart of the Kinkou. As part of the new triumvirate, along with the Eye of Twilight and the Fist of Shadow, Kennen pondered how best to preserve balance, and his affability and diplomacy kept the Kinkou in harmony.

In addition, Kennen realized that a rift had grown between the order and the people around them, as the trials occurred quickly, mysteriously and without any possibility of appeal. Again, the yordle realized that he could be of use to the Kinkou in that area. With his incredible speed and compassion, he was the ideal representative to communicate the judgments of the order to those who were affected by it. He had witnessed how the Kinkou distanced themselves from people by wearing masks over their faces and chose to remove his own to connect with those whom he sought to protect.


However, there was another side to Kennen, an even more serious aspect to deal with as Heart of the Tempest. Being in charge of going around the sun, he dealt with the difficulties inherent in the dictates of the Kinkou, not always with words.

Sometimes the balance was paid in the blood of the assailant: Kennen's skills with shuriken and the call of the maelstrom were powerful enough to silence all dissent.

Over the centuries, the Kinkou had received constant threats, but none of them were as severe as the Noxian invasion and its aftermath. When Noxus invaded the First Lands, Kennen refused to join the resistance, even as the war warned of the destruction of the Kinkou. In the darkest moment, after the betrayal perpetrated by a former acolyte named

Zed, the yordle led the order as the new Eye of Twilight,

Shen, he struggled to lead. Kennen insisted on the Fist of Shadow, Mayym, to pay attention to his daughter

Akali, who since childhood had received training, and to name her as his successor.

But even he couldn't find the right words to prevent Akali from abandoning the Kinkou, frustrated by the order's inability to act against the enemies of Ionia.

Recent events have put Kennen to the test, as a new era of turmoil and violence has thrown Ionia into chaos. In the face of the calamities to come, Kennen will continue his work to protect the damaged

Order Kinkou and fight alongside Shen to defend the balance of the First Lands. Don't be fooled by its diminutive size, as the Heart of the Tempest is its calmest side; Whenever you focus your attention on someone, your strength is always one step ahead. 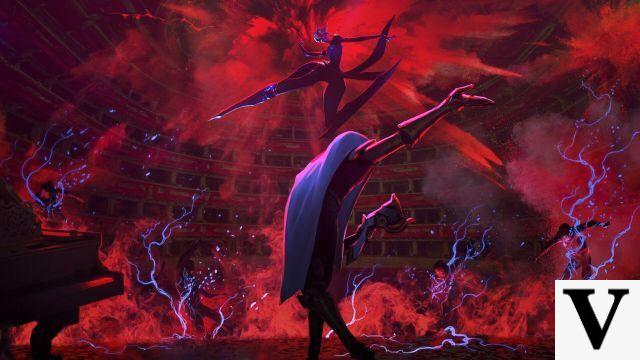 A deadly masterpiece unfolds. A complete solitary resistance. An opportunity to come to life. 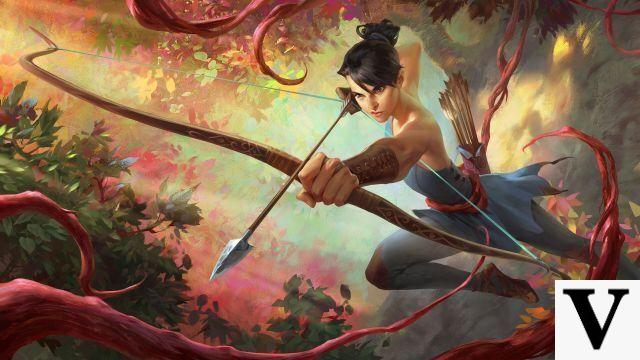 The Arch and the Kunai

The air of southern Shon-Xan was filled with pure magic. 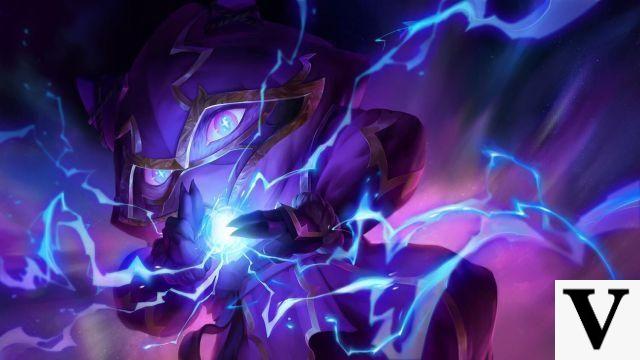 Between the Light and the Shadows

Kennen hadn't slowed down after leaving the Great Koeshin Temple. 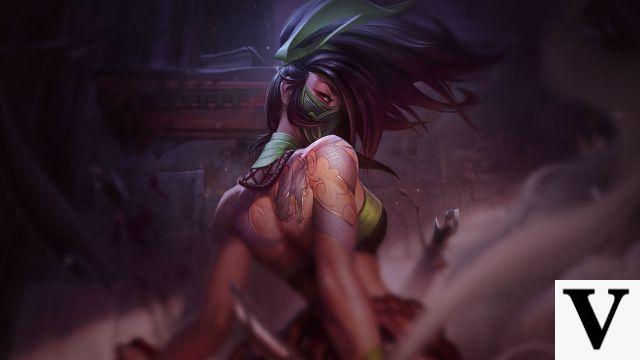