The League of Legends

Author and references
This article is about the entity in the game. For information about the game, see League of Legends. 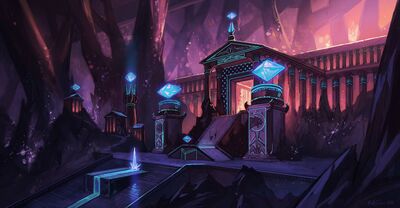 The League of Legends is an organization created to solve political conflicts in Valoran.

Until just twenty years ago, Runeterra was destined for destruction. As soon as the inhabitants of Runeterra gathered into tribes, these tribes would fight each other to settle their disputes. No matter the era, the nature of everyone's favorite war has been magic. Armies would be enhanced or decimated by both spells and runes. Champions managed to use the most magic items when leading or supporting their armies. The Summoners - usually the true political forces of Valoran - unleashed powerful magical powers directly against their enemies, without any concern for the consequences. With such an abundance of magic power at their disposal, there was little motivation on the part of the summoners to explore other ways to go to war more environmentally friendly.

During the last 200 years, however, the dangers of unsupervised magical warfare began to expose the fragility of Runeterra to all the inhabitants of Valoran. The last two Runic Wars drastically altered the geography of Valoran, even after magical energy was used to restore it. Violent earthquakes and giant magical energy storms made life in Valoran a challenge, even before the horror of war was noticed in the population. It was theorized that another Runic War would destroy the entire world.


The League of Legends 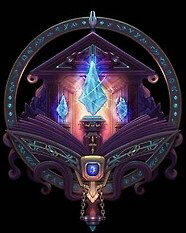 Emblem of the War Academy

In direct response to the world's growing physical and political instability, Valoran's best wizards - including many powerful summoners - came to the conclusion that conflicts must be resolved in a systematic and controlled manner. They created an organization called the League of Legends, whose purpose would be to oversee the orderly resolution of Valoran's political conflicts. Located in the Institute of War, the League obtained the authority by the political entities of Valoran to administer the results of conflicts.

The League decided that all major political conflicts would be resolved through the use of specially prepared arenas located strategically throughout Valoran. Summoners representing a particular political affiliation would each call a champion; Champions, leading mindless minions spawned by rookie summoners manipulating a nexus, would fight to achieve the objectives of the arena in which they found themselves. The most common arena victory condition would be to destroy the opposing faction's nexus. These arenas would be collectively called The Fields of Justice.

Although all major political conflicts were conducted through the Justice League, physical conflicts between opposing political entities were not totally eliminated. For example - the League's strategic choice to build the Institute of War directly in the middle of the city-states of Demacia and Noxus stopped almost all direct confrontation between them, although battles still rage between them at times. Instead, the war-loving Noxian High Command changed his ambitions to conquer the territories outside the continent. Even so, all political entities continue to be regulated by the League government. No wise ruler would be foolish enough to go up against a great cabal of immensely powerful wizards, summoners, and champions.

The struggles in the different Fields of Justice that the League presides over are not only of great political interest for Valora, but also of great social interest. The League magically transmits the sights and sounds of unfolding action to specially constructed arcane receivers located at key points throughout Valoran. Watching a fight in the Field of Justice is one of the most popular entertainment activities for the people of Valoran.

The League of Legends is overseen by a council of three powerful summoners, known as the High Council of Fairness. Every summoner has been on the Council of Equity since the inception of the League except for its newest High Councilor, Heywan Relivash; Heywan's ascension took place 5 years ago after the mysterious disappearance of the previous High Councilor, Reginald Ashram. However, after a scandal involving High Councilor Heywan Relivash, he was removed, imprisoned and replaced by Vessaria Kolminye. The Equity Council is responsible not only for the leadership and guidance of the League, but also for acting as the highest court to which to appeal the adjudication of the political entities of Valoran.

The structure of the League is concentrated around internal organizations that lead its many objectives.

The League of Legends recognizes locations with substantial influence on Valoran as city-states. These nations get a great deal of rights and protections in the League, such as having a seat in the League Assembly. The elected emissaries are resided in the Institute of War and vote in the Assemblies for the benefit of their city-state. They can also appeal to the League for general arbitration on political issues. Any site can apply for League membership and advance to city-state status. However, they must follow certain League requirements: the site population must be large enough, have a defined governance structure, and must know how to protect itself.

There are currently 8 city-states recognized by the League: